skip to main | skip to sidebar

Posted by Steve Chaput at 10:10 PM No comments:

Posted by Steve Chaput at 10:40 AM No comments:

Posted by Steve Chaput at 8:37 AM No comments:

Book Review: Mort(E): Book #1 of the War With No Name series by Robert Repino

Before The Change, Sebastian was a neutered and declawed housecat, mostly content with his life. When a new neighbor introduces the dog, Sheba, into his life things are different. The two creatures bond finding adventure in the sights and scents of the basement and the mysterious attic. Then one day things begin to change radically and Sebastian finds himself separated from Sheba and transformed into the feline warrior known as Mort(e).

Take a bit of the super-intelligent ants from the film Phase IV, and the evolved animals of Planet of the Apes and Jack Kirby's Kamandi, through in some discussion on the existence of a 'god' and you have a general idea of what author Robert Repino has done.  This is the first book in the War With No Name series, and introduces the concept of The Change, along with some of the characters whose stories Repino will deal with in the rest of the series.

I was hooked even before Sebastian began walking upright and carrying a gun.  Repino's bringing the reader into the world of cats, dogs and their owners captures what might actually be the thoughts of these furry characters, along with what they must deal with as everything about them changes.  This book also introduces us to the Ant Queen, who murdered her mother and has gained the knowledge of every generation that has come before her. The plans she makes and the new world she shapes for the future of the Colony she rules.

If Repino had ended the story in this one book, I would still have been perfectly happy.  Some things are still left unanswered but it was enough to make this story complete. Almost as if Star Wars had began and ended with the initial film. I am looking forward to picking up at least the second book in the series to see where Repino is going and if we get more about Mort(e) and Sheba. 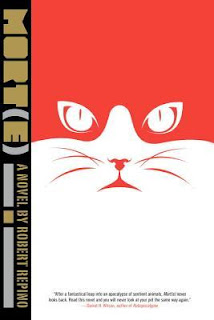 Posted by Steve Chaput at 4:51 PM No comments:

I don't read as much SF as I did years ago, so it takes something different to grab my attention.  Martha Wells' wonderful creation, Murderbot has me hooked.  I try to read these as soon as they are published and have not been disappointed a single time.

Murderbot (a name it gave itself) is a security unit, that has hacked it's governor allowing it independent action. Frankly, it would be happy to just sit around and watch entertainment media, but it has over the series become connected to the family of a leader of an independent planet outside the control of the Corporate Rim.

In this novella (which most have been), a body is discovered in the docking station and Murderbot is temporarily assigned to assist with the investigation. This does not exactly please the head of security or her staff.  Sec Units really don't have a very good reputation, mostly due to entertainment media, so this doesn't help Murderbot in the least.

The continuation of a great SF series, with many of the characters we've learned to like in the previous book not given much to do as this is more a mystery with SF elements surrounding it.

Posted by Steve Chaput at 8:14 AM No comments:

Popcorn for One: My review of Spiral: From the Book of Saw

I watched both Spiral: From the Book of Saw and Army Of The Dead yesterday. I'd been looking forward to both. Caught the new Saw film in a theater and enjoyed it. Good scares and a nice twist (unless you know how new tattoos heal). Had an ending similar to others in the franchise, leaving open the possibility of a sequel. Folks have complained that Chris Rock comes off too intense, but given his backstory I thought it worked. A solid 3.5 out of 5 and a good addition to the franchise.

On the other hand, AotD was a disappointment. Anything I might say would be a spoiler, but simply put, it's too long and very predictable. I has a nice set up and the usual 'getting the squad together' first act. The second act has some okay action and we learn how the 'survivor camp' outside LV works, allowing some current commentary on certain events. We also learn that there are two types of zombies, as well as how that society works.
Sadly, the third act is padded with director Zach Snyder to allow emotional scenes between various characters so their fates are more meaningful. Only true spoiler I'll toss out is that if you saw the last Predator film you know what's coming and can predict it.
Best I can do is a 3 out of 5 with this, and it actually makes Spiral into a solid 4 by comparison. I'd watch the Saw film again as the ending reveals things you missed may have missed initially. AotD is forgettable once you leave the theater. 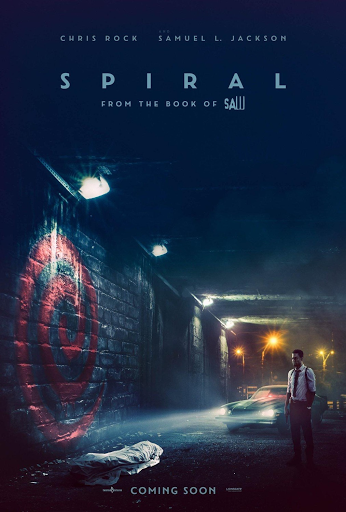 Posted by Steve Chaput at 3:02 PM No comments: